MEXICO CITY—Mexican newspaper editors on Thursday welcomed a government plan to protect journalists following the murders of dozens of reporters caught in the escalating war on drug-trafficking gangs, but said the measures won't be enough to protect press freedom.

President Felipe Calderón announced the plan late Wednesday amid a growing international outcry over the slayings, including last week's killing of a 21-year-old photographer from the newspaper El Diario in Ciudad Juárez.

The plan, modeled on a similar one used in Colombia during the 1990s, includes a legal change to make the killing of a reporter a federal crime, and an early warning system that helps relocate journalists who receive credible threats because of their work. 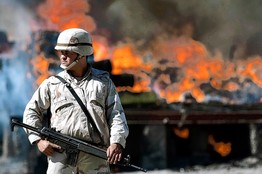 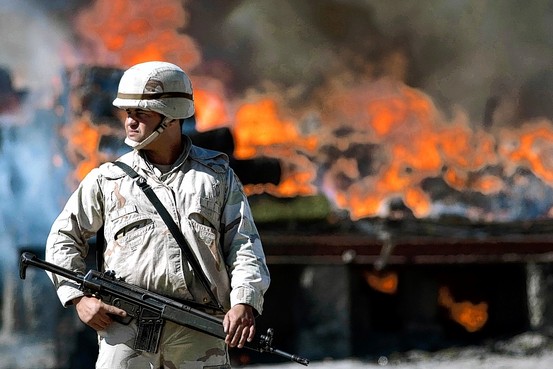 Mexico has become the most dangerous country in the hemisphere to be a journalist, according to the New York-based Committee to Protect Journalists; at least 22 have been killed and seven are missing over the past four years.

"It pains me that Mexico is seen as one of the most dangerous places for the profession," Mr. Calderón said Wednesday after a meeting with the Committee to Protect Journalists and the Inter-American Press Association, a group of major newspaper publishers.

Mexico's newspapers have been so cowed by drug-trafficking gangs, some editors said Thursday, that many have simply stopped covering the drug war, which has claimed an estimated 30,000 lives in Mexico since Mr. Calderón took power in December 2006.

"We no longer report on this beyond the basic body count. We've received threats," said Patricia Mercado, director of the Imagen daily in northern Zacatecas state. "We're not trained for this. We don't know how to react."

In parts of Mexico, many events related to the drug war are only known days later or go unreported. On Sept. 14, Mexican marines fought a four-hour gunbattle against cartel gunmen on the streets of Matamoros, just across the border from Brownsville, Texas. Two marines and one cartel member were killed. The Matamoros press didn't cover the incident, and most Mexicans only found out about it when national newspapers reported it on Sept. 22—more than a week after the battle.

In many smaller Mexican media markets, where journalists often take bribes, newspapers sometimes don't know if members of their own staff are in the pay of one cartel or another, Ms. Mercado said.

The new government plan to protect journalists, to be implemented next month, came after the issue broke on the front pages of the country's newspapers.

The catalyst was last week's killing of Luis Carlos Santiago, the second journalist from Juárez's flagship newspaper to be killed in less than three years. On Sunday, El Diario published a front-page editorial calling for a "truce" and asking drug gangs what they wanted from the newspaper so it could continue its work without fear of reprisals.

"What do you want from us?" the newspaper wrote, adding that it was addressing the cartels directly because "you are the de facto authorities in this city."

The editorial dominated headlines across Mexico, where the issue of intimidation of the media by drug gangs had rarely been publicly discussed.

It also touched on the issue of how much Mexico's government is able to protect journalists. A leading gubernatorial candidate, several mayors, and scores of local and federal police have been gunned down across Mexico this year.

"Why should we believe Calderón? Why should we think this will work? The federal government is so messed up that it can't protect itself," said Pedro Torres, director of El Diario.

Write to David Luhnow at david.luhnow@wsj.com

MORE IN WORLD
Posted by shamsul Islam Naz at 2:55 AM